From the Realm of Mist

by The Seeds of Datura 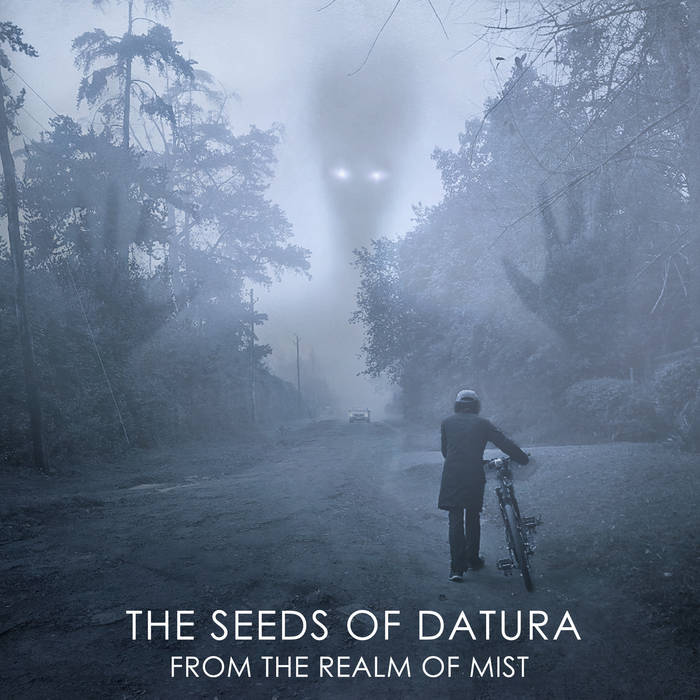 This is an 8 track mix compiled from live recordings of the band at the Realm of Mist Studio between 2016 and 2017. It includes 6 unreleased songs from the band and a live version of "Wonderland."
The Realm of Mist was a recording studio and social experiment established by Harvey Herr in 2015 in Tigoni, Kenya. Located in the highland tea growing region of Kenya about an hour out of Nairobi, it is encompassed within massive tea plantations established by the British colonialists more than 100 years ago. Far enough removed from the urban sprawl of the city but close enough to travel back and forth it became a haven for several bands that were formed in it's abode. Culturally, the area remains distinctly rural and puritanical. It is the home of humble peasants who pick tea, and a myriad of Christian religious institutions. It is an unlikely place for the rise of a psychedelic death metal scene with reference to the great pagan religious complex of ancient Eygpt, Crowley and Satanism.
Hidden by the dense fog that descends from the Aberdare range above and isolated by the hectares of tea fields and woodlots, the “Realm of Mist” is where the Seeds of Datura were born. As with the neighbouring Christians, the band used the landscape as a retreat to into a deep exploration of themselves and the natural forces around them. These explorations, spurned by the never ending supply of ganja and accompanying philosophical discussions, manifested into hours of uninhibited jam sessions - the apex of which you are listening to here.
This experience was not to last - the goth-clad and dreadlock figures of the band stuck out like a soar thumb in a landscape that had never-ever experienced such characters and the immediate reaction was one of fear. It was also incredibly challenging to contain the sounds of the band within the confines of the studio. The screams and blast beats would inevitably echo across the valleys - infuriating the neighbours. The Realm of Mist was constructed entirely of wood and therefore it was almost impossible to contain the low-end frequencies of the kick drum and bass.Even after muting the drums dimensions of the house effectively acted as a massive low-end cabinet. Not content with muted performances the band often conspired to rehearse when the studio engineers where gone so they could turn everything up to 11 and read sonic havoc (Yes we know! and most of these recordings were made by the band themselves in these very situations!).
The band lived full time at the studio for the better part of 2016 and for one month of 2017. The studio was intended to be a community driven enterprise containing a farm as well as music based business. Unfortunately, the band was not at all interested in contributing to the communal effort. Instead the band was full-time involved with developing the music and mythology around a collective Afro-psychedelic death metal context. The band neatly merged their interests in Afro-pop, Death Metal, Doom metal and psychedelic rock, weaving each song into an immutable African mythology. Isolated from the rest of the world, without distraction from worldly concerns the band was like a group of monks studying ancient scriptures, steeped in holy verse and melodies. In a realm of smoke and mist the band could give full attention to what was listened to and shared. This is the story of the collective expereince that informed their inflections.

The Seeds of Datura Nairobi, Kenya

Bandcamp Daily  your guide to the world of Bandcamp

Featuring Oakland sounds from the Smart Bomb collective and Samplelov.